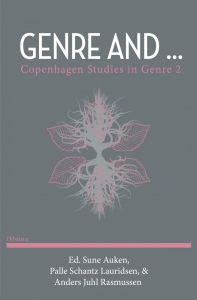 RHETORIC IS PRESENT in every text, from the political speech to the research article to the sonnet. The rhetorical dimension of a given text reflects the pragmatic effect the text is designed to have. Naturally, such goals or intentions are more explicit in manifestly persuasive genres, whose very function is “to achieve some purpose within a social situation.” (Freedman & Medway, 1994, p. 2). This is not to say that such purposes are absent in other discourses, but that they are articulated and functionalized differently there. For this reason, textual purpose is regarded as the constitutive element of genre in rhetorical genre theory. Unlike aesthetic and linguistic genre theory, which for the most part treat genres as constituted by various constellations of both intratextual and extratextual elements, rhetorical genre theory regards formal organization and thematic content as derivatives of textual purpose, and so the extratextual level—more specifically, the recurrent rhetorical situation—becomes the focal point. Genres arise because the action that they perform has repeatedly emerged as a fitting response to similar situations, and so they have developed, over time, certain typified formal and substantive characteristics. When a given situation is no longer interpreted as requiring a response or action, the relevant genre will fade away; when a given situation comes to be interpreted as requiring a different response or action, the relevant genre will change; and when new situations are interpreted as requiring a response, new genres will evolve from existing ones.

About the Author: Christel Sunesen